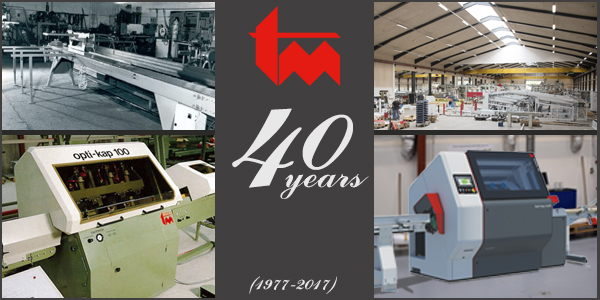 System TM was established on September 1, 1977. Today, 40 years later, System TM happily celebrates the many successful years that have passed. What better way to celebrate a 40-year anniversary than with a massive party for all System TM employees?

From the day we put together that first production line, all we ever wanted was to optimize staff and wood resources. Today, 40 years later, we have more than we could have imagined to celebrate, as we’ve become a leading worldwide provider of customized solutions to the solid wood industry.

On September 1, 2017, System TM’s employees and their spouses celebrated System TM’s fortieth anniversary in style at an inn by the name of ’’Norsminde Kro’’, idyllically situated on the east coast of Jutland. Indeed, it was a day to remember – a day of festivities, tasty food, live music entertainment and dancing.

System TM’s timeline throughout the years

System TM was established on September 1, 1977. Due to an accident at his father’s sawmill in which he had his index finger cut off by a saw, Poul Thøgersen received personal injury compensation which he eventually used to finance the start-up of his own business in 1977, System TM. What began as a small plant in Odder, Denmark, initially operated in the primary sector but subsequently moved into the secondary sector in 1985. Since its establishment in 1977, System TM has expanded its facilities 8 times in total.

From the development of its first CNC-controlled optimizing cross-cut saw in 1989, to the introduction of the fastest saw in the world back in 1995, System TM successfully demonstrated its ability to provide its worldwide customer base leading edge performance and quality. System TM experienced constant growth in exports and by the end of 1995, exports had skyrocketed. In the year 2000 and from that point onwards, System TM performed constant Opti-Kap cross-cut saw developments. In 2001, System TM entered the North American market and exports reached unprecedented levels.

Shortly before the recession hit, Poul Thøgersen resigned and his wife Ingrid Thøgersen took over as Executive Vice President. During the recession, System TM persevered and carried on developing products, as well as continued entering new markets. In 2014, Ingrid Thøgersen retired and Jan Jensen Samuelsen was elected CEO. 2015 was the year that System TM introduced its first finger-jointing machine. In the year 2016, System TM won the Gazelle prize for the fourth time.

This year, System TM released a new Opti-Kap 5100 cross-cut saw and increased its market share around the world. ’’Today, System TM stands as the leading global supplier of customized solutions to the solid wood industry. We are a worldwide exporter with an annual turnover of 30 million Euro, of which nearly 100% accounts for exports’’, says Per Jørgensen, CSO at System TM.

System TM has embraced change during the past 40 years

In this fast-changing environment and time of globalization, change management skills are paramount if companies wish to succeed. Thus, taking a company global starts from within. ’’System TM has gone global with ease due to its adaptable team of skilled individuals and international mindsets. These are the qualities we always look for in those who wish to join System TM’’, says Per Jørgensen.

All companies need human resources, but these resources are particularly prominent in knowledge-intensive industries such as the solid wood industry. Thus, broad skills, technical mindsets and extensive knowledge pools are just some of the few qualities our employees have accumulated over numerous years of employment in various departments at System TM. The reason for our high employee seniority may be explained by our great emphasis on stimulating our working environment, in which we’ve relocated employees to new job functions in various departments within the company. As a result, our employees have stayed with us for many years, acquired irreplaceable all-round knowledge and become a valuable asset to our company.

System TM in the future

At System TM, we believe our success relies on the strong and well-documented quality of our products. This is made evident by our reference lines, word-of-mouth marketing and a powerful brand association among our customers.

Our continual upgrading of existing products reflects our ongoing commitment to delivering innovative, powerful and intelligent solutions to the solid wood industry. As a result, continuous product development will always make it possible for us to meet the changing needs of the industry. Optimization of staff and wood resources has always formed the basis for how System TM designs and develops its products. With this in mind, we make it our goal to exceed the expectations of all of our customers in order to become the leading supplier in terms of design, machinery, performance, capacity and support.

So, to each and every one of our customers: our years of success wouldn’t have been possible without you. Thus, System TM looks to the future with great optimism, as we continue to develop our products and put you at the heart of our business.

Everyone at System TM 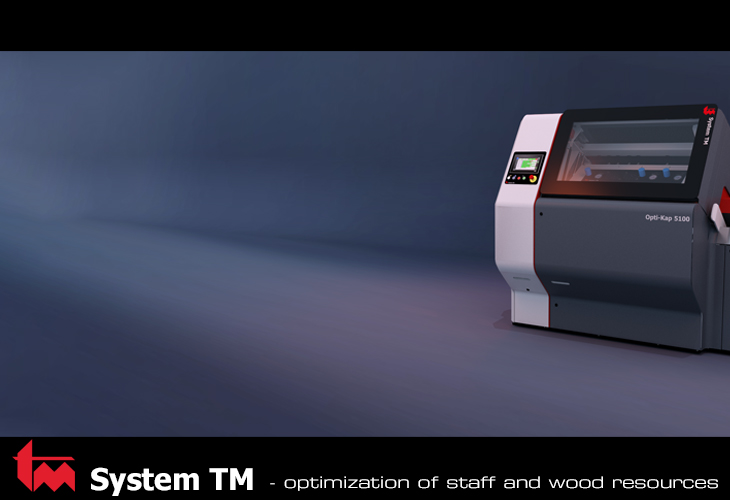 Poul Thøgersen’s index finger
gets cut off by accident at
his father’s sawmill. 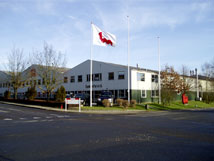 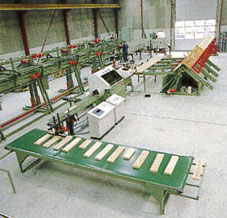 System TM introduces the
Opti-Kap 300 cross-cut saw,
the fastest saw in the world
at the time. 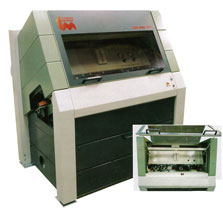 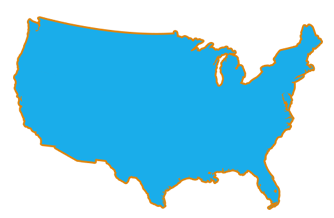 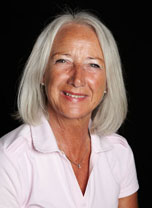 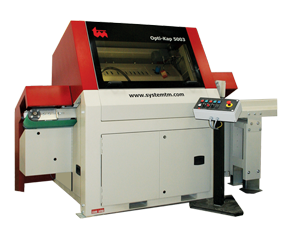 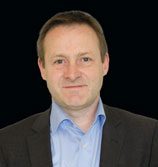 System TM’s first finger-jointing machine is put on
the market. Four members of the management group
increase stake in the firm.

System TM wins the Gazelle prize
for the fourth time. 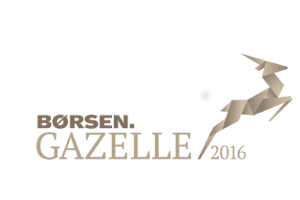 System TM releases the
Opti-Kap 5100 cross-cut saw
and celebrates its 40-year
anniversary. System TM is now a
worldwide exporter with an
annual turnover of 30 million Euro,
of which nearly 100% accounts
for exports. 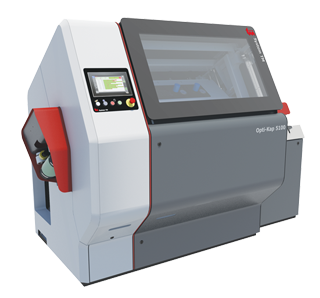