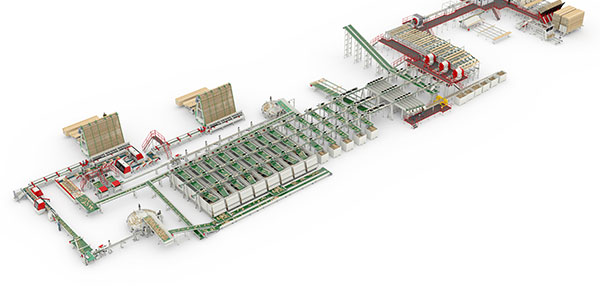 The company produces sawn timber for New Zealand and export markets. As a result of the investment, a substantial optimization of the production will be attained as a result of System TM’s equipment.

System TM recognizes the importance of meeting Niagara Sawmilling’s market needs. These will be addressed by creating a line which includes a cross-cut line, along with a horizontal and vertical finger jointing line – all within one complete system. Niagara Sawmilling’s equipment will be designed and built in accordance with System TM’s commitment to utilize wood and staff resources to the fullest. In other words, cutting and forming wood in the most efficient manner to minimize wood loss, as well as achieving maximum capacity utilization and minimum labor costs.

What will Niagara Sawmilling’s machinery consist of?

Niagara Sawmilling’s machinery will be characterized by an optimizing cross-cut line. It will include an automated infeed system, followed by a planer, of which the incoming packs will be fed into. These will come out as dressed four sides. Subsequently, wood will be transported to a Microtec Goldeneye multi sensor scanner model GE502, which will include an X-ray. This will assess wood quality, as well as uncover wood defects and their respective positions. Thus, scan results will be processed and wood will be optimized in conformity with System TM’s concept of maximum wood utilization. Next, workpieces will be cut with high speed and precision once they arrive at the three optimizing cross-cut saws, model Opti-Kap 5003.

After being processed by the cross-cut saws, the workpieces will proceed to a sorting belt of three different sorting options. The first option will be designed for blocks that have to undergo re-ripping. The second option will be intended for finger-jointing blocks, and finally, the third sorting option will be intended for long fixed lengths. The workpieces that have to be finger-jointed will subsequently be transported to the outfeed walking floors and eventually onto two finger-jointing systems – a horizontal model Opti-Joint H-200 and a vertical model Opti-Joint V-7. Each finger jointing system will consist of automatic infeeding, jointing and stacking.

Providing quality timber is of the essence at Niagara Sawmilling. Niagara optimizes its production by utilizing every tree to its maximum capacity. Thus, this allows the company to offer a wide range of products. As a result of their investment in System TM’s machinery, Niagara will experience lower cost due to a optimization of staff and wood resources.

The worldwide customer base of Niagara Sawmilling calls for vertical and horizontal finger jointed components. To accommodate both needs, System TM will supply Niagara with both vertical and horizontal finger jointers. This will provide Niagara with the flexibility to produce face-to-face and edge-to-edge joints simultaneously.